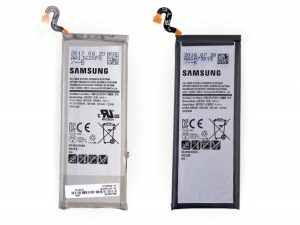 The Galaxy Note FE is a refurbished Galaxy Note7. The Galaxy Note FE comes with an new smaller battery that Samsung promises won’t explode. This new battery is an 3,200mAh battery which is 300mAh less than the Note7. Keep in mind that the rest of the phone is the same as before.