This hasn’t been the first time that we are hearing about the Galaxy A7 (2017) known as Samsung SM-A720F. We have no word on when the device is going to be officially release, however we know that the device has just received its Bluetooth certification. 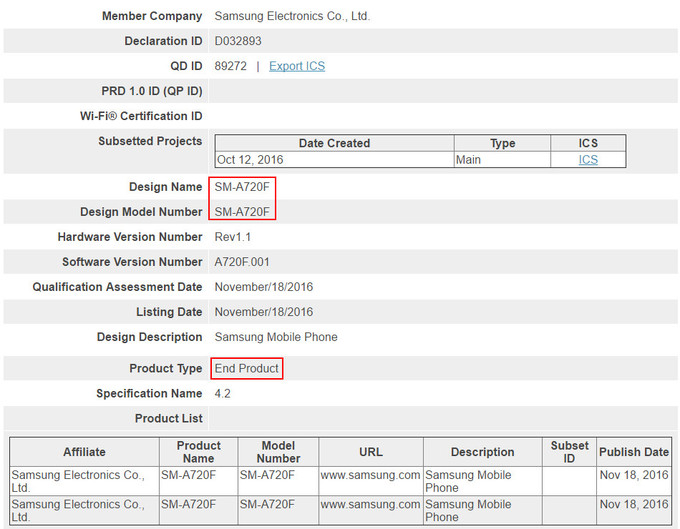 This mid-range handset is expected to ship with Android Marshmallow onboard. It feature decent 5.7-inch display that supports full HD (1080p) resolution and Samsung own Exynos 7880 processor clock at 1.8GHz.

According to rumors the Galaxy A7 (2017) will have 3GB of RAM and 32GB of internal memory. We are assuming that Samsung will add microSD card slot for memory expansion.

Samsung Galaxy A7 (2017) is to feature an 16-megapixel both front and rear camera, as well as a 3,300 mAh battery. Other specs could include fingerprint sensor, USB Type-C port, water resistance and 4G LTE support although it hasn’t been confirmed yet.