Today some of Verizon lucky owners of the Motorola Moto Z Droid and Moto Z Force Droid received updates to Android 7.0 Nougat. Verizon hasn’t announced anything about this as yet, but it won’t be long before it confirms the roll out, and all Moto Z Droid users will be getting the update maybe soon than we think. 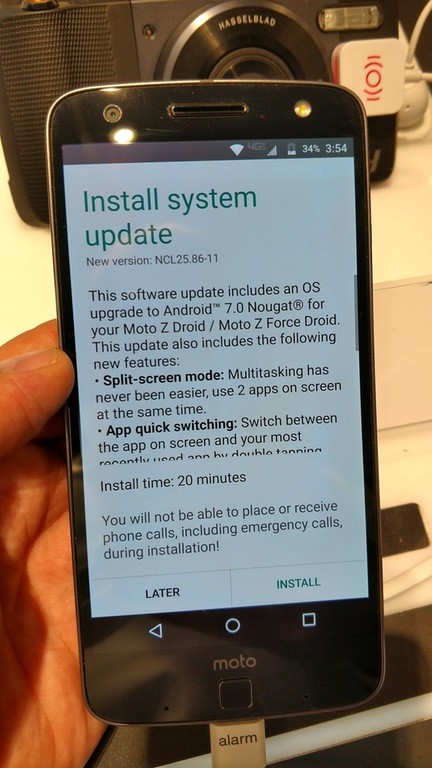 The Moto Z Droid and Moto Z Force Droid are the first two Motorola handsets to get Android Nougat in the US. We believe Motorola should start updating all other Moto Z models (including unlocked ones), as well as the Moto G4 family, plus most if its smartphones released in 2015.

Let us know if you seeing any Nougat notification on if you have a Verizon Moto Z Droid or Moto Z Force Droid device.