As you might already know Samsung is planning on releasing the new Galaxy C series of smartphones. The Galaxy C5 and Galaxy C7 should be leading the charge, and at least the former is currently under development with a 5.2-inch display. More specs of the C5 have been revealed thanks to the Geekbench benchmark website. 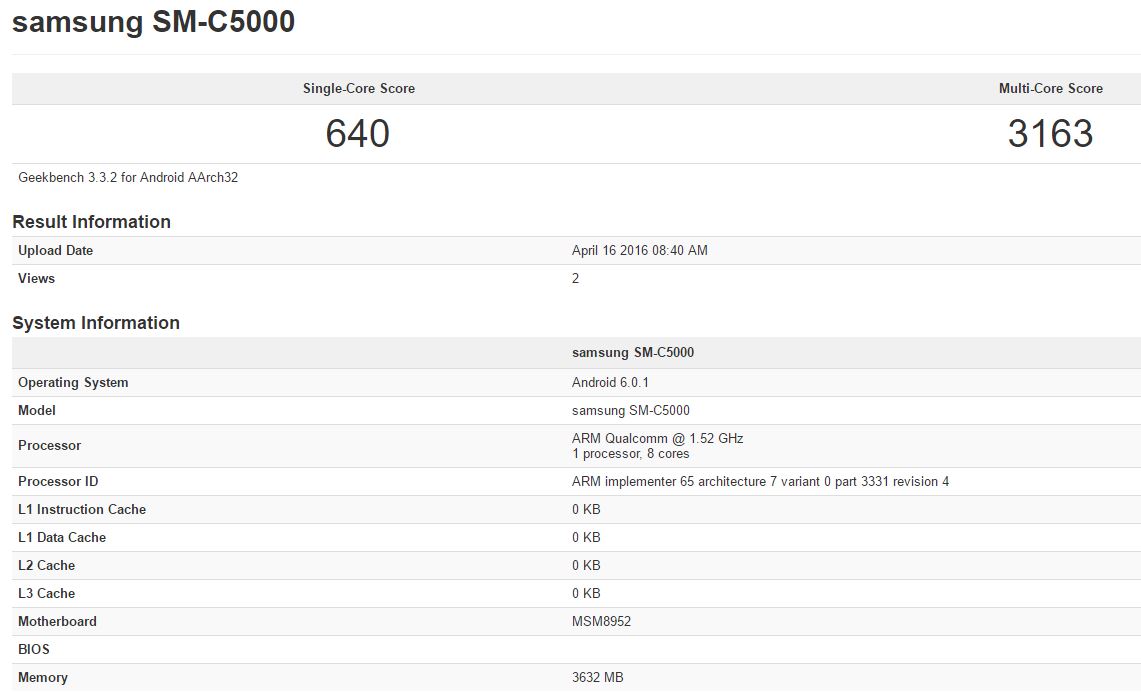 Base on the specs the Galaxy C5 (SM-C5000) is listed with 4GB of RAM and the octa-core Snapdragon 617 SoC (clocked at 1.5GHz). The operating system is Android 6.0.1, which is what we expect on every new device that Samsung launches in the future.