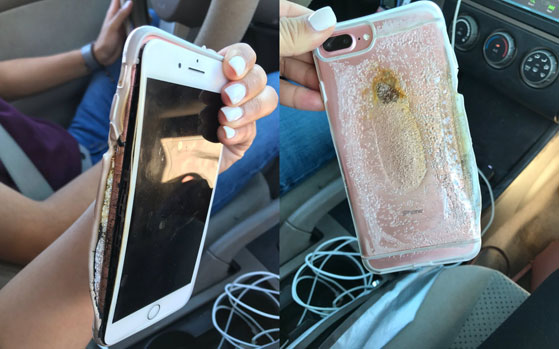 Video went viral yesterday showing a rose gold iPhone 7 Plus catching on fire has caught Apple’s attention as well. The trending Twitter post shows a smoke coming out of a burst iPhone 7 Plus and it has been shared over 30,000 times.

Bree on Twitter, says the phone wasn’t charging when the smoke started. After a few seconds later its metal shell burst open with even more smoke.

So my IPhone 7 plus blew up this morning was not even using it, literally no explanation for this pic.twitter.com/sQ8CJt4Y69