LG has announced that it has started rolling out the Android 7.0 Nougat update to its G5 smartphone. The update is currently hitting units in the company’s home country of South Korea, while other regions including the Americas and Asia will get it “in the weeks to come.” 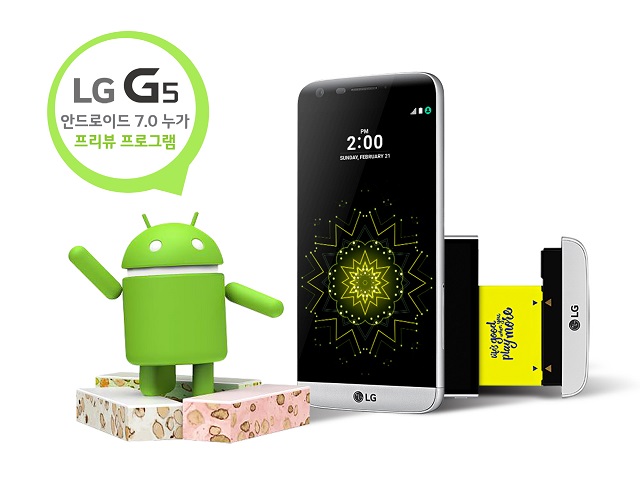 There’s no formal word as to when Nougat will be rolling out to G5 devices at large. Nexus devices are supposed to start receiving it in September, and we assume that Samsung will be close behind. LG has historically been a little slower on the draw, but it’s not hard to imagine Nougat hitting devices within a similar timeframe.